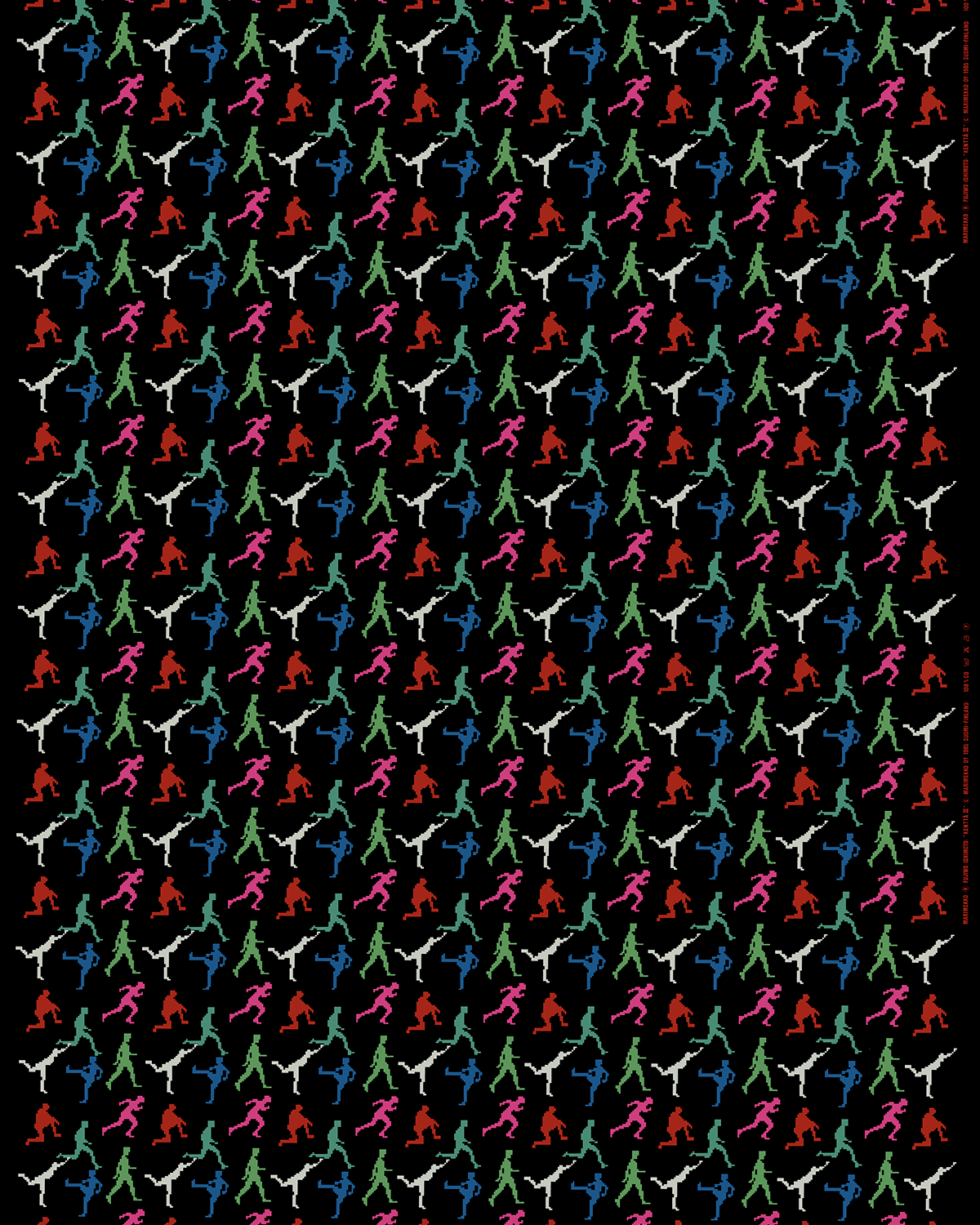 Fujiwo Ishimoto is known as a keen sports fan. When living in Finland, he used to keep track of Japanese athletes, in particular. During the Los Angeles Olympics in 1984, he stayed up nights watching television. Inspired by athletes and the developing information technology, a series of patterns where sporting figures have been stylized as stick figures drawn with large pixels was created. One of those prints was Kenttä (field).